Clank, clink, swoosh! My hands were busy washing dirty dishes when I heard a faint sigh off to the right.

She put her back to the wall and slid down to sit on the floor. As she sat her knees cracked. I caught a quick glimpse of her curly brown hair and gangly legs.

Another sigh, but now louder.

The thirteen year old princess of glum had made an entrance. Her sixteen year old brother was in his own video game centered world.  Which meant he was hogging the television in the living room.

"What's up, how was school?" I asked. No words, just shrugged shoulders. When she was younger a bright smile was pasted on all the time. Sunshine and rainbows as she skipped around.

Ah, those were the days.

Now she barely grinned and the only colorful thing was the different bracelets she wore on both wrists.  A natural athlete, she was always on the move.Yet in the confines of home life, both of my step kids sat like bumps on a log, texting.


She had been having all sorts of weird health aliments the past few months. Her left hand would occasionally swell. She has a peanut allergy but we were careful around her. 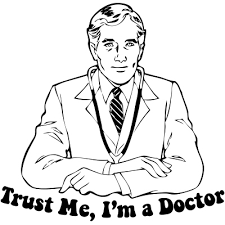 Constantly she would complain about painful heartburn or sore muscles. There was a mole that had been increasing in size. Her father was concerned.

Her mom took her to the doctor. The doctor didn't think the mole was anything to worry about. He thought her hand swelled due to carpal tunnel. It was odd since she is so young.


My mom had it when she was in her forties. She worked at a factory and that is how it developed.

That day in the kitchen I asked her about the appointment. "It was a total waste of time" she lamented. The doctor had killed her afternoon. "Well, so you don't have a new allergy that is making your hand swell?" I was trying to comprehend the doctor's voice of reason.

"Ugh, he said it was OOTT." She said in an annoyed tone. Huh? I wondered if it was an acronym for a weird disease that effects moody teens. "He said one of those things, that is what OOTT stands for" she explained.


I was lucky, my mom was creative. I would whine as a kid that my legs hurt and she would say "Oh, it is just growing pains."  If I would sob about a bully she would just tell me "consider the source." Strangely I bought the excuses.

Princess of glum thought it was irresponsible for the physician to throw his hands up and say that. His words offered no comfort.

I hated to break it to her but people say dumb stuff like that all the time.

A researcher in my heart, I conducted another social media poll. I asked " What is something a person said to be comforting but really wasn't? Here are some of the responses.

People generally mean well. I'm sure there are people who strongly feel justified in saying the above phrases. However, is it an instant response like an automated message?

There are acquaintances and friends who I know would kneel down and pray. 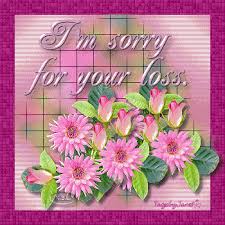 Then there are others who say they will pray. These are the ones who you just know have never set foot in a church. My go to saying is "I will send good thoughts."

It is the thought that counts, but what is comforting is something more personal. Not some over used cliche.

To my horror I used one on my teenaged nephew. I had lunch today with my niece, nephew, husband and ex sister-in-law.

We were in a restaurant when my former SIL mentioned she was thinking about moving in with her boyfriend. My nephew has had a hard time dealing with his parents divorce. Rather loudly, he was complaining he didn't agree with the decision.

Without thinking of his feelings I blurted out "You are not an adult, you are just a kid." Certainly this was not helpful. Every teen on earth hates hearing that sentence. It is like sunlight to a vampire. The words singe.

My niece then talked about her problems in her class. She had some classmates in grade school who were being bullies and mean spirited. I said "You just ignore those girls." She is eight..

My husband said it was silly to say since grade school kids fight and within in a minute are best friends again.

Someone resorts to calling a friend a 'poo poo head' and suddenly they feel isolated. During recess the same name caller asks to play on the swings with the dejected pal.

I should have played on the safe said and just repeated "consider the source" or "it is just growing pains."

Maybe I should have simply taken a cue from the apathetic yet honest doctor and said "It is one of those things."